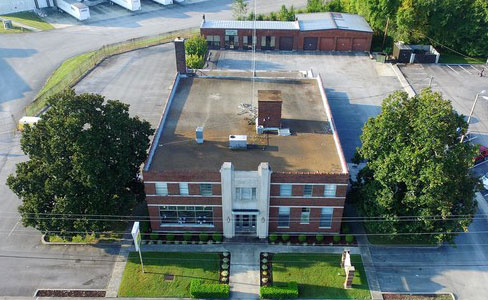 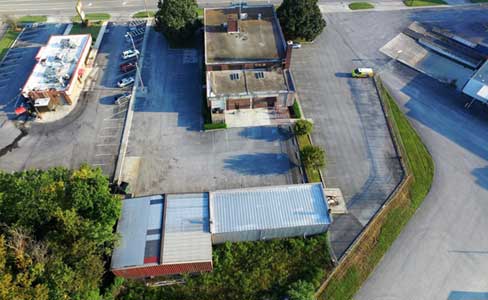 The building was built by Jordan G. and Charlotte Ennis and John Holland, the facility bottled Coca-Cola for the first time in 1941. At the height of production, it employed 25 and operated 24 hours a day 6 days a week.

The building was considered a bomb shelter during WWII and was used by the Mayor and Board of Alderman for the City Council meetings. Due to the expanding product lines offered by Coca-Cola, the facility became inadequate to meet the expanding production requirements and operated for the last time in 1973.

The facility stood vacant for 5 years until a group of investors bought Mid-State Vending Company and moved operations to the facility. In 2000 Mr. Credle purchased the building from the Ennis family and began renovations.

Renovations to bring the facility back to its original architecture took over 3 years. The Shoppes of Cokers began opening in 2004 The building and some of its tenants have been featured in the November 2006 issue of Southern Living and September 2007 on Tennessee Crossroads.

Information contained herein was obtained from sources considered reliable. No warranty or representation, express or implied, is made as to the accuracy. Same is submitted subject to errors, omission, prior sale or lease, withdrawal from the market or change in price.


In order to be successful you have to have the right people in your corner. Momentum is here to help.