Momentum Brokers Sale of Nashville Commercial Property in The Nations

Long-standing Nashville-based construction industry business Renaissance Stone Cutting will relocate to the Hermitage Avenue and Fesslers Lane area after 7.5 years of operations in The Nations.

The company, founded in 1998, will operate at 801 Visco Drive, which is located a few blocks east of downtown. It bought the 3.67-acre parcel and the building (pictured) on the site in November 2018 for $2.4 million, according to Metro records. Crown Awning and Signs operates from the site and remains as of now.

Chad Grout, founder of locally based Urban Grout Commercial Real Estate, represented the seller of 801 Visco, an individual whose family paid $1 million for the property in 2004, according to Metro records.

A second-generation business led by Todd Butcher, Renaissance Stone Cutting has operated from 2.7 acres at 5700 California Ave. in The Nations since 2011. That site is joined by a second parcel at 1601 57th Ave. N. (with the two parcels spanning a collective 4.75 acres and home to multiple buildings).

The property, located near both Silo Bend and Stocking 51, is being eyed for an 84-home residential project by Atlanta-based Thrive Homes (read more here). Thrive has the site under contract, with a February closing slated.

Renaissance has enlisted Sharon Emerson, president and founder of Nashville-based Momentum Commercial Real Estate Services, to handle the February sale of The Nations property. Sharon Emerson also represented Butcher on the purchase of the Visco property.

Renaissance Stone Cutting is in the process of moving to the Visco location, Sharon Emerson said.

The chance to sell came after Butcher improved the 1601 57th site (which had accommodated old boats, cars, etc.) and fenced off a portion for a current tenant (an auto related business).

"About six months after he purchased the adjoining land, Todd started getting calls from people wanting to buy both parcels - which now is almost a perfect square," Sharon Emerson said. 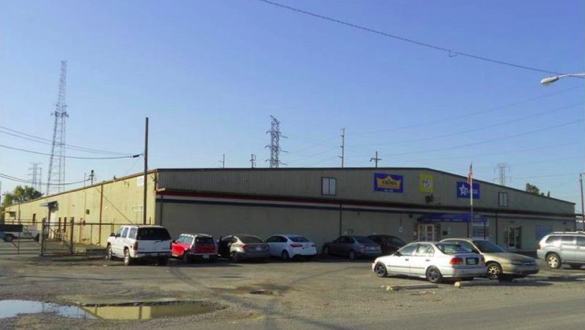