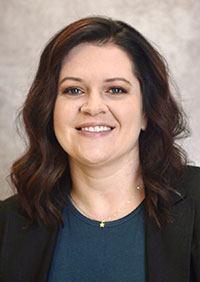 
Christie Hall recently relocated to Tennessee from California and has six years of experience in bookkeeping, residential property management, and mortgage loan origination for nationwide companies. She also has an extensive background in customer relations.

Prior to joining Momentum, Christie worked in affordable housing for Related Management Company as a bookkeeper for a 567-unit property which later added a 94-unit property. During that time, she managed well over $1.9 million and $800,000 annual income respectively and collected over $250,000 in nine years' worth of delinquencies. While bookkeeping, she earned numerous certifications from LIHTC, TCAC Compliance, Fair Housing, Tax Credit Specialist, Certified Occupancy Specialist, and a CCRM designation. She was one of the youngest and quickest to move up in the company and was promoted to property manager in less than two years. In her new position she was managing a property in San Francisco with more than $1.4 million income with over $500,000 in capital improvements annually and oversaw a three-person team.

After leaving the Bay Area to be closer to family she joined USA Properties Fund where she managed a team of 4 and a 208-unit property with over $3 million income and $700,000 in capital improvements annually. And shortly before moving to Tennessee, Christie was a newly licensed Mortgage Loan Originator and transaction coordinator with Guild Mortgage.